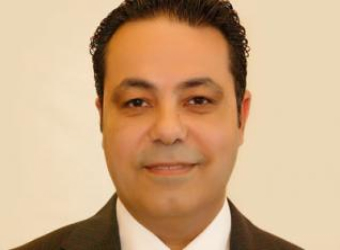 A Sharia-compliant loan agreement worth EGP 285 million between Banque Misr and the Upper Egypt Electricity Production Company (UEEPC) was signed on Monday to fund renovations and replacements for the boiler in Asyut’s power station Walidia Thermal Power Plant, which operates at a capacity of 624 MW.

The Islamic loan agreement was signed by the Egyptian Minister of Electricity and Energy Ahmed Emam and vice president of Banque Misr Mohamed Abbas Farid in the presence of UEEPC Chairman Eng. Fathy El Sayed, and the vice chairman for Planning, Research and Power Projects at the Egyptian Electricity Holding Company (EEHC) Dr. Mohamed Habib.

This is the first loan that the Egyptian ministry of electricity has received from the bank, which uses the Islamic financing system, the Diminishing Musharaka. The loan will be paid out over 80 months, starting from the date of the first withdrawal.

Banque Misr’s Islamic finance provided for the UEEPC – which fully owns and operates Walidia power plant – is valued at EGP 285 million (around US $ 41.21million), designated to rehabilitate the boiler – Unit (1) of Walidia Thermal Power Plant.

Japanese company Mitsubishi (MHI), the original manufacturer of the boiler, will be responsible for renovating the power station.