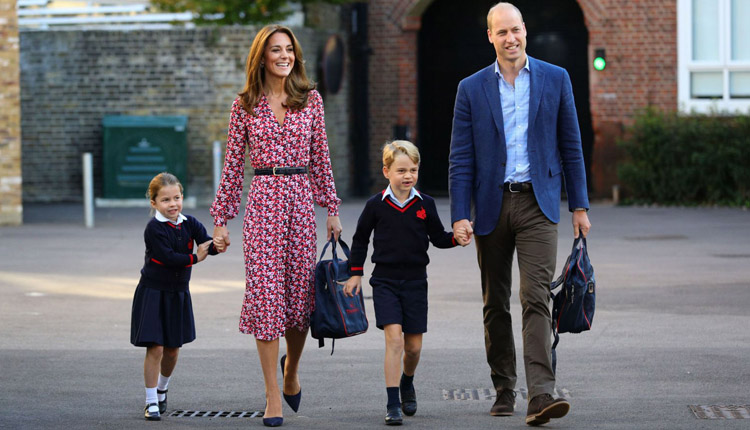 Princess Charlotte has started her first day at school, following in the footsteps of big brother Prince George.

Charlotte, four, arrived at Thomas’s Battersea in south London with mum and dad Kate and William, sticking close to the duchess as she entered the playground.

Known for often giving a wave or cheekily sticking out her tongue in public, she appeared to be a bit shy as the family arrived at the school, momentarily hiding behind her mother as she held her hand.

She was wearing her new school uniform, a navy blue dress and a navy cardigan with red piping, as she walked excitedly on her tip toes and played with her ponytail.

The duke said his daughter was “very excited” about her first day.

And she quickly got over her shyness as Helen Haslem, head of Thomas’s lower school, greeted her with a hand shake.

Having spent two years at the school, George, six, appeared at ease, in contrast to his first day in 2017 when he clung to his father and shook Ms Haslem’s hand with a degree of bewilderment.

US Pentagon seeks to pay for Trump’s border wall by pulling funds for military schools,