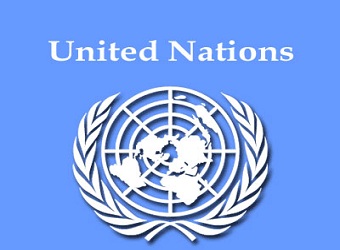 A United Nations General Assembly resolution calling for the U.S. to withdraw its decision to recognize Jerusalem as Israel’s capital passed overwhelmingly on Thursday despite threats from President Trump to cut funding to U.S. aid recipients who voted in favor.

“Let them vote against us,” Trump said at a Cabinet meeting Wednesday. “We don’t care. But this isn’t like it used to be where they could vote against you and then you pay them hundreds of millions of dollars.”

On Tuesday, U.S. Ambassador to the United Nations Nikki Haley said the United States would be “taking names” of those who voted for the resolution.

The symbolic vote from the General Assembly is not legally binding. The U.N. Security Council failed to adopt a similar resolution on Monday after the U.S. vetoed the measure. Security Council decisions carry the force of international law.

Following the vote, he posted a message on Twitter saying the international community had “once again showed that dignity and sovereignty are not for sale.”

A spokesperson for the U.S. mission pushed back on those saying the vote was a rebuke.

“While the resolution passed, the vote breakdown tells a different story,” the spokesperson told NBC News. “It’s clear that many countries prioritized their relationship with the United States over an unproductive attempt to isolate us for a decision that was our sovereign right to make.”

Israeli Prime Minister Benjamin Netanyahu posted a message on Twitter thanking Trump and Haley. He said that he appreciated “the fact that a growing number of countries refused to participate in this theater of the absurd.”

Hanan Ashrawi, member of the executive committee of the Palestine Liberation Organization, said in a statement posted to the organization’s website that the PLO was “extremely encouraged and empowered by the vote.”

“Despite American efforts to safeguard Israeli violations and war crimes, the majority maintained their principled position while a minimal number succumbed by abstaining or voting against the resolution,” she said.

The nine countries that voted against the resolution were Israel, the United States, Micronesia, Marshall Islands, Nauru, Palau, Togo, Honduras and Guatemala.

Among the 35 countries that abstained were U.S. allies Australia, Canada, Mexico, and Poland.