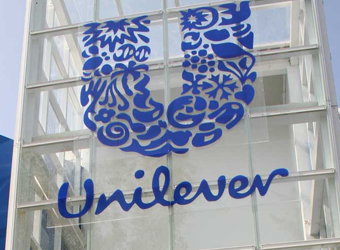 “You see groups of mayors, states, the business community, civil society really accelerating its pace of implementation,” Polman said on the sidelines of the Ecosperity conference in Singapore. “Seeing this enormous outcry I come to the conclusion a little bit that he might have done us a favor; that we’re moving faster now than we otherwise might have been.”

He noted that there have been strong initial reactions from the 194 countries that remained in the Paris accord. Only three countries aren’t part of the pact: The U.S., Syria and Nicaragua.

“At the governmental level, we see an increased momentum,” he said. “We saw that coming in from the G6, we saw it in Brussels last week when the Chinese and the Europeans met. So at the political level, which is very difficult, we see momentum.”

He added that businesses were also gaining traction, pointing toward the “Better Business, Better World Asia” report released on Monday by the Business & Sustainable Development Commission, which indicated around $12 trillion worth of untapped business potential and the creation of around 380 million jobs globally by 2030 if companies take sustainability seriously.

Polman, whose company has long-held a commitment to green, sustainable operations and spurring development in emerging markets, noted encouragement from the awareness that around 3 million people in the U.S. were employed by sustainable endeavours, with the sector’s job creation around 12 times faster than average.

Polman, speaking to CNBC’s “Capital Connection,” noted that after Trump’s announcement, shares of coal companies fell, while those of renewable energy companies rose.

“Over 70 percent of the business community overwhelmingly wanted to stay in Paris,” he said, noting that big oil companies such as Exxon and Chevron, as well as coal companies had advocated for the U.S. to remain in the Paris agreement.

In the wake of Trump’s decision, the CEOs of many companies, including Disney, Tesla and Apple, quit the president’s business advisory council.

Polman said he had respect both for those who quit the council as well as those who remained in hopes of still working with the administration.

“They have put the interests of the country ahead of their own. They were all convinced that we should have stayed in the Paris agreement and some now are continuing to work very actively with this administration to see that the right things happen,” he said, adding that both those who quit and those who stayed to do “damage control and perhaps a change of opinion” were needed.

“Hopefully, we keep our moral beacon and move the thing forward for the interests of humanity,” he said.