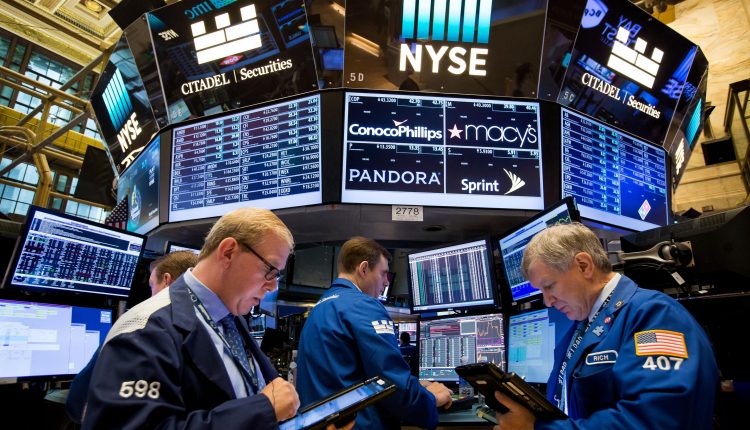 Caterpillar and Deere, two stocks associated with trade because of their overseas revenue exposure, both fell more than 1.5%. The VanEck Vectors Semiconductor ETF (SMH) dropped 1.4%, led by a 4.2% decline in Skyworks Solutions.

In a series of tweets on Thursday, President Donald Trump said the 10% charge would be imposed on $300 billion worth of Chinese goods. The levy will take effect starting September 1. Trump said later on Thursday he was open to shelving that tariff if China stepped up its U.S. agricultural purchases.

“The markets were already up to their plateful digesting the impact on earnings and the economy before yesterday’s announcement,” said Tom Martin, senior portfolio manager at Globalt. “But China and the U.S. were working it out and as long as another shoe didn’t drop and it didn’t escalate, things were going to be OK.”

“Then you get this announcement,” Martin said. “There is some real uncertainty introduced with it.”

The move breaks a truce in the long-running trade war between the world’s two largest economies, with investors fearful it could further disrupt global supply chains.

China’s foreign ministry pushed back against Trump’s latest tariff threat on Friday morning, reportedly saying the world’s largest economy should give up its illusions, shoulder some responsibility and come back to the right track on resolving the trade war.

China’s spokesperson at the foreign ministry, Hua Chunying, said at a daily press briefing that Beijing would have to take countermeasures if the U.S. was committed to putting more tariffs on Chinese goods, Reuters reported.

Trump’s tariff threat came as a surprise to financial markets in the previous session, in large part because negotiators for the two sides had just met earlier this week in China.

John Augustine, chief investment officer at Huntington Private Bank, highlighted the consumer discretionary and tech sectors have fallen sharply this week. “The market is anticipating this could affect U.S. consumer spending, which we have seen strengthening recently,” he said.