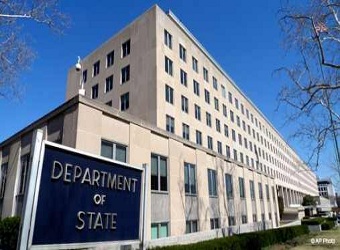 The United States said Friday it was strongly condemning the attack in Egypt’s Sinai Peninsula that killed at least 23 Egyptian troops.

An Islamic State affiliate in Egypt has claimed responsibility for the attack on a military checkpoint in the country’s Sinai Peninsula early Friday that killed 23 soldiers and wounded 33 others.

Egyptian security and medical officials said two civilians were killed and four were wounded when a mortar shell hit their vehicle in the central city of el-Arish in northeastern Sinai Peninsula.

U.S. State Department spokeswoman Heather Nauert said that the U.S. continues “to stand with Egypt as it confronts terrorism.”

Nauert said the U.S. sends its condolences to the families of the victims of Friday’s assault and wishes a speedy recovery to the wounded.

Egyptian officials said the assault started when a suicide car bomber rammed his vehicle into a checkpoint at a military compound in the village of el-Barth, southwest of the border town of Rafah. They say that heavy gunfire then followed from dozens of masked militants on foot.