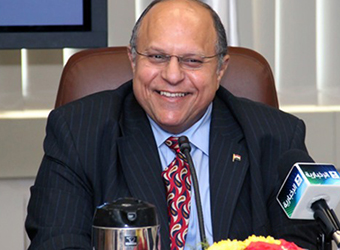 Vodafone Egypt has appointed Tuesday former communications minister Hany Mahmoud as the new chairman for its board of directors. Mahmoud replaces Ian Gray, who has successively led Vodafone Egypt for almost 17 years.

Mahmoud, who was named as Egypt’s minister of communications in 2012, has extensive experience in the field of information and communications technology on both the national and international levels, much of which he gained through working in multinational companies.

Prior to this, in 2011, Mahmoud was director of the Information and Decision Support Centre (IDSC), before which he served as chairman of Egypt Post Authority.

From 2002 to 2008, he served as president of the Egyptian Human Resources Management Association (EHRMA).

Trump vows US would forge a ‘great bond’ with Egypt