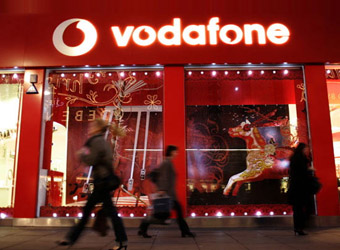 Before granting approval, the Egyptian government should assess “all outstanding issues to ensure fair and equitable treatment across the industry,” Vodafone Group said in an e-mailed statement sent to Bloomberg News today.

Vodafone which co-owns its Egyptian unit with government-controlled Telecom Egypt, said today that the new arrangement would unfairly favor the fixed monopoly. It would also create a conflict of interest, Vodafone said.

The so-called unified license agreement will allow Telecom Egypt to roll out mobile-phone service without building its own network and give wireless operators access to parts of its fixed infrastructure. The cabinet’s final approval is expected to come in the next few weeks, people familiar with the plans said, asking not to be named because the plans are private.

Prime Minister Ibrahim Mehleb was sworn in March 1 and the cabinet is unlikely to vote on it this week, one person said.

“Vodafone looks forward to hearing the government’s response to our concerns,” according to the company statement, “in light of which we will assess what steps might be necessary to protect our shareholders’ interests, including possible commencement of international arbitration proceedings.”

Etisalat Misr will seek negotiations and dialogue, according to a spokesman, who asked not to be named citing company policy. Arbitration is the last resort if the license is issued without fair and transparent rules, he said.

Carriers complain that the license only gives them limited access to Telecom Egypt’s older, copper network, rather than its high-speed fiber broadband, and that the rules lack clarity on Telecom Egypt’s control over international calling traffic and the rates the monopoly would pay for a mobile license, a person familiar with matter said.

“We aren’t discriminating against any company, they will have equal rights and duties,” Hesham El Alaily, executive president of Egypt’s telecommunications regulator, said by phone. “We are putting plans for the whole market to grow.”

While mobile operators are worried that a new competitor may reduce their market share, they will take some market share from Telecom Egypt’s landline business, he said.

Egypt’s National telecommunication regulatory authority approved the unified license agreement in December, and said at the time that most of the disputes with mobile operators had been resolved.