International NewsNews
By Amwal Al Ghad English On May 22, 2019 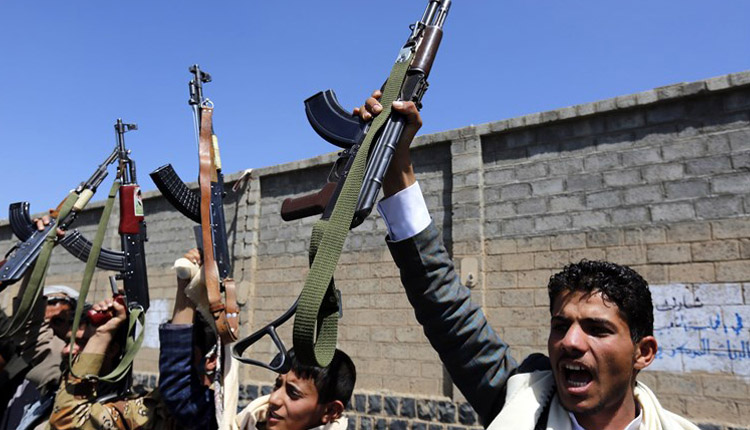 It said it targeted hangars containing war planes. There were no immediate reports of damage or casualties. There was also no immediate comment from Saudi Arabia or the Saudi-led coalition.

The airport is located in the city of Najran on the Saudi-Yemen border, an area that has repeatedly been targeted by Houthi rebels.

Saudi government spokesman Colonel Turki al-Maliki said the Houthis “had tried to target” a civilian site in Najran and there would be a “strong deterrent” to such attacks.

Last Tuesday, Riyadh claimed that two oil pumping stations — which maintain the flow rates of a major Saudi oil pipeline — were hit by armed drones, resulting in a fire at one of the stations and a temporary shutting of the oil line as a precaution.

Masirah TV said after the May 14 pipeline attack that the Iran-linked Houthi group had launched drone attacks on Saudi installations in response to what it called Saudi aggression and a blockade on Yemen. A Saudi-led alliance has been at war with the Houthis and their allies since 2015. Saudi Arabia and Iran are also on opposite sides of the war in Syria.

Saudi stock market rise ahead of MSCI entry, while Gulf lifted by banks