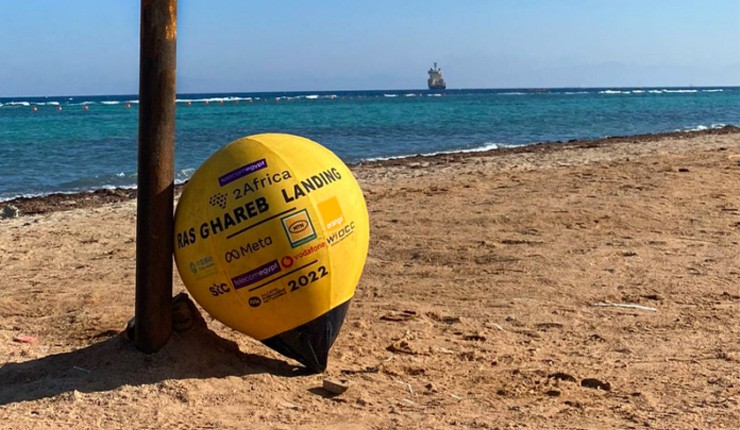 As part of the 2Africa consortium, Telecom Egypt (TE) and Meta announced on Tuesday the success of the first landing of the subsea cable in Ras Ghareb, Egypt, with another landing expected in Port Said in the Mediterranean Sea at a later date.

2Africa cable will allow more users around the world to obtain more affordable internet services, as it will extend to 46 locations in Africa, Asia and Europe upon completion of the project by 2024, according to TE’s statement.

“…we are excited to announce the first landing of 2Africa in the same location. The second landing in Egypt will be in Port Said in a few months,” Adel Hamed, Telecom Egypt’s CEO, commented.

From his side, Fares Akkad, regional director at Meta said “The Ras Ghareb landing will connect to the upcoming Port Said landing via two terrestrial trans-Egypt routes adjacent to the Suez Canal.”

In May 2020, the 2Africa subsea cable system together with its Pearls extension, are designed to deliver seamless international connectivity to approximately three billion people, representing 36 percent of the global population.