The clashes occurred during a football game between Ahly and Gabon’s C.F. Mounana in Africa’s blue-riband club competition.

Some in the media have blamed the clashes – which broke out between spectators and security forces at Cairo Stadium – on Ultras Ahlawy, who said in a statement on Facebook that an “irresponsible minority” was responsible for the violence.

Security forces said that the number of fans that entered Cairo Stadium during the game exceeded limit for the number of spectators allowed to attend the match.

Security authorities had allowed 5,000 Ahly fans to attend the match.

The prosecutor-general has said that the clashes were a matter of “national security,” though he stressed that the incident was in no way connected to Ahly club.

Football fans have been banned from domestic league games in Egypt since February 2012, when over 70 Ahly supporters died in deadly clashes at Port Said Stadium.

The ban was briefly lifted in January 2015, but was immediately re-imposed after 20 Zamalek fans died in a stampede when police used tear gas to disperse crowds lined up to attend an Egyptian league game against Enppi.

In the past five years, authorities have permitted a limited number of fans to attend African games and national team matches, as per FIFA rules.

In May 2015, a court of urgent matters outlawed Ultras fan clubs. 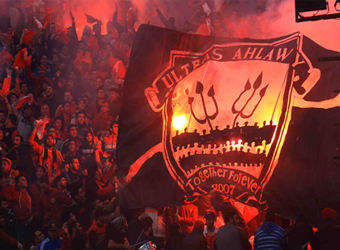