The World Health Organization said on Wednesday around 500 people had been treated for “signs and symptoms consistent with exposure to toxic chemicals” after a suspected poison gas attack in a Syrian rebel enclave just before it fell.

Hussam Edin Aala, Syrian ambassador to the U.N. in Geneva, rejected the WHO statement as containing “baseless allegations” and questioned its timing and the credibility of the United Nations health agency which has not been to Douma in eastern Ghouta. The incident had been “staged”, he added.

Syria has formally invited investigators from the Organisation for the Prohibition of Chemical Weapons (OPCW) who would visit Douma “very soon”, Aala told reporters.

U.S. President Donald Trump and Western allies are considering military action to punish Syrian President Bashar al-Assad for the reported poison gas assault on Saturday in the town of Douma, which had long had held out against a government siege. Damascus said reports of a gas attack are false.

The WHO condemned the incident and said over 500 people from Douma had been treated for symptoms of gas poisoning.

“In particular, there were signs of severe irritation of mucous membranes, respiratory failure and disruption to central nervous systems of those exposed,” it said in a statement issued in Geneva.

It cautioned that the WHO has no formal role in forensic inquiries into the use of chemical weapons. International chemical weapons inspectors are seeking assurances from Damascus of safe passage to and from Douma to determine whether globally banned munitions were used, though will not assign blame.

WHO also said that more than 70 people sheltering from bombardment in basements in the former rebel pocket of eastern Ghouta, where Douma is located, were reported to have died.

It said 43 of those deaths were “related to symptoms consistent with exposure to highly toxic chemicals,” citing reports from its local health partners. 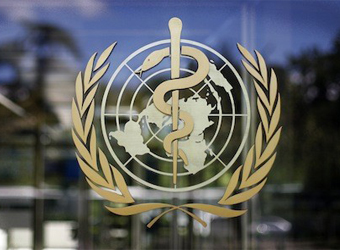 “We should all be outraged at these horrific reports and images from Douma,” said Peter Salama, WHO’s deputy director-general for emergency preparedness and response.

“WHO demands immediate unhindered access to the area to provide care to those affected, to assess the health impacts, and to deliver a comprehensive public health response,” he said.

U.N. aid agencies lack access to most of eastern Ghouta, from which rebels are withdrawing under a deal with the Syrian government that restored its control over the region.

WHO said it had trained more than 800 Syrian health workers to recognize symptoms and treat patients for chemical weapons exposure. The U.N. agency has also distributed antidotes for nerve agents, including in besieged Douma last year.