80,500 feddans of Egypt farmland have seen violations over past 7 years: ministry 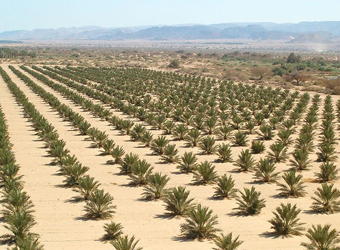 Egyptian farmers have continued to build houses without permits on their lands or sell them.

Over 1.8 million violations, which include construction, dredging or neglect, have been documented since the 2011 revolution, spokesman Abdel-Dayem said.

In 2016, President Abdel Fattah al-Sisi formed a national committee to reclaim agricultural state land in accordance with Egyptian law, with the president later instructing governors, the interior ministry, and the Armed Forces to put an end to such transgressions.

Since then, over 919,000 feddans have been reclaimed by the state, while 771,000 feddans are being used for agriculture with their occupants filing formal requests to purchase the land, according to statistics provided by Prime Minister Sherif Ismail last June.

Although construction without permits on agricultural land is punishable by jail terms or fines, the practice has continued in Egypt over the years.

Only 30 percent of the violations on almost 25,000 feddans have been removed, Abdel-Dayem said, citing a report issued by the ministry earlier this week.

The agriculture ministry can only take action against violations during early stages of digging or preparation for construction. Provincial governors, in coordination with the military and police, are responsible for handling the violations if residential building blocks have already been constructed.

Abdel-Dayem says the ministry launches periodic campaigns to clamp down on illegal building on farmland.

Egypt is estimated to have around 10 million feddans of agricultural land, which has provided a lifeline for millions of Egyptians.

However, urban expansion has eaten up large swathes of farmland to make way for a growing population that is concentrated along the fertile banks of the Nile.

Agricultural production made up 11.7 percent of the country’s gross domestic product from March 2016 until September 2017, recording  219.7 billion pounds, according to a cabinet report in November.