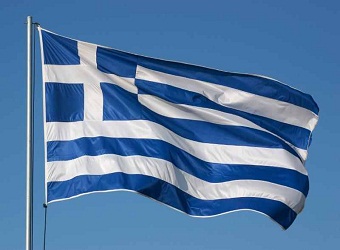 Greece’s government might be preparing to return to the bond market but there are many structural problems that have yet to be resolved to make the economy more sustainable, an analyst told CNBC on Friday.

Greece is currently on a third financial programme since 2010, due to expire next year. According to James Athey, fixed income investment manager at Aberdeen Asset Management, despite the reforms implemented until now, “it still doesn’t seem we are particularly far down the road in solving the structural issues of Greece.”

“Until the Greek economy has got a business model which works and it’s productive and it’s creating stable, secure growth that it’s not reliant on debt relief, external support and constantly bailouts from the Europeans, then it’s difficult to believe that the path is towards something more healthy rather than something less healthy,” Athey told CNBC on Friday.

The International Monetary Fund agreed Thursday to make a loan of $1.8 billion to Greece as part of its current bailout programme, but warned that the country will have to continue reforming in order to receive that money.

Greece has to continue focusing on reducing the level of bad loans in its financial sector and extend labour market reform to liberalize Sunday trade and allow for collective dismissals, the fund said.

However, with the bailout programme due to end in 2018, Greece wants to come back to bond markets to show the rescue has been successful and the economy is able to fund itself.

The government is studying when and how such a comeback will be more appropriate. Though Athens refuses to comment on this issue, it is widely expected that Greece will issue bonds next week.

The move is somewhat confusing given that Greek government bonds do not qualify for the European Central Bank’s asset purchase programme. They are considered junk by credit rating agencies, and thus cannot feature on the central bank’s balance sheet.

When asked how Greece would convince investors to buy bonds if the ECB isn’t buying these assets, Athey said: “I don’t know.”

“I guess from a Greek perspective it seems to be a window of opportunity, we’ve seen Greek yields have fallen fairly consistently throughout the year…the fact that Greece might come to market at what optically looks like an attractive yield for a Greek issuer must be tempting to them, especially considering that we are expecting QE (quantitative easing) programme to ultimately come to a conclusion over the next 6 to 12 months, they certainly would not want to wait until then,” he suggested.

Michael Bapis, managing director of the wealth management group Bapis, told CNBC via email that Greece’s market return is a strategic move and the markets know it.

“Greece should have gained market access and be able to finance itself before its current bailout ends to avoid another loan agreement, they do not want to go too early but when they do go they want to ensure that the markets know that this is a strategic move,” Bapis said.

“Although the economy is improving, more than a third of Greeks are estimated to be at risk of poverty,” he said.

A grain deal may show that U.S.-China ties aren’t as bad as they seem