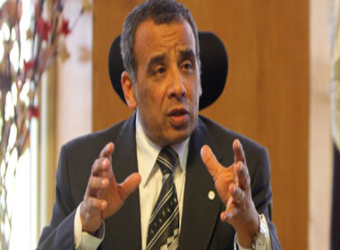 The African Development Bank (AfDB) has decided to postpone granting Egypt the EGP 2.5 billion loan (US$ 357.1 million) – which is designated to provide additional airport capacity at the Sharm El-Sheikh Airport – until the end of the current year; said the head of the Egyptian Airports Company on Saturday.

The chairman of the Egyptian Airports Company (EAC), Pilot Gad el-Karim Nasr, stated that a number of AfDB officials had held 3-day negotiations with their counterparts in the EAC in order to complete the loan procedures.

The 3-day negotiations concluded by delaying the issuance of a final approval of the EGP 2.5 billion loan to Egypt until a report on the AfDB delegation’s visit is submitted to the bank’s General Assembly, he added.

AfDB’s General Assembly is set to be held next December so as to agree on a definitive decision on the loan.

It is worth mentioning that the AfDB was planning last December to approve on providing Egypt with a funding to develop the second passenger terminal at Sharm El-Sheikh Airport , granting a grace period of 7 years with a 1% interest, and a final maturity of 20 years. However, the funding has been delayed to the ongoing incidents in the country.