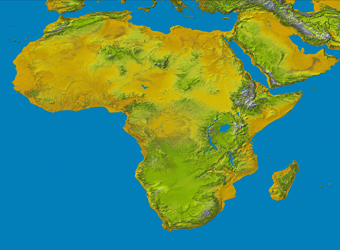 He gave examples of Uganda, Mozambique, Zambia, Zimbabwe, Botswana, and Tanzania, which has 102 million feddans, of which only 14 percent is cultivated.

Further, these six African states have some 445 million feddans ready for cultivating four strategic crops including wheat, corn, rice and sugar cane, in addition to having a railway transport system and ports through which they can export agriculture products to Egypt, Banna said on the sidelines of the Africa 2017 Forum in Sharm El-Sheikh.

He said that the Egyptian government has a plan for agricultural development with Nile Basin countries and African states that includes the expansion in establishing joint farms, which Egypt can benefit from in the cultivation of some crops.

He added that Egypt’s food gap is increasing in light of the limited Egyptian water resources and that the country’s production of food products does not cover its consumption, which in turn prompts Egypt to import to cover this gap.