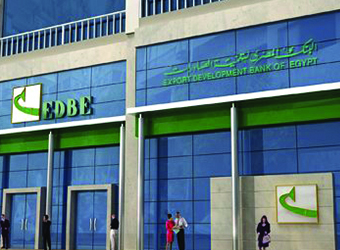 Export Development Bank of Egypt (EBE) has entered into an agreement with the  African Export-Import Bank (Afreximbank)  to provide the Egyptian bank with a $500 million scheme aimed at supporting exports and investments by Egyptian businesses to other African countries.

Signing the agreement was witnessed by the Central Bank Governor, Tarek Amer, on the side lines of Africa 2017 forum currently  taking place at Sharm El Sheikh.

The Export Credit Support Scheme (ECSS) is a combination of programmes/products and services offered by Afreximbank through a partnership with EBE to protect against the risk of non-payment for loans or advances granted to exporters to meet short- or medium-term export contracts.

By the terms of the agreement signed by Dr Benedict Oramah, President of Afreximbank, and Mervat Soltan, Chairperson of EBE, beneficiaries of the ECSS must be exporters domiciled in Egypt and the products must be of Egyptian origin while the importers must be African and located in one of Afreximbank’s member countries.

During the signing ceremony, Dr Oramah stated that the ECSS will assist Egyptian exporters to develop their industries and boost their exports into other African countries, thereby enabling the exporters to compete on near equal footing with exporters from the more developed economies.

The ECSS, which is being implemented in the context of strategic initiatives of both banks to boost industrialization and intra-African trade, supported the development objectives of Egypt and would further deepen Afreximbank’s relationship with Egypt and the Egyptian financial sector, noted the president.

In her own contribution, Ms Soltan said that the signing of the agreement was a strong recognition of the shared value of the two institutions in contributing to the growth of trade and investments among African countries. She noted that the EBE had a long experience in promoting trade links between Egyptian businesses and their counterparts in other African countries, adding that it would bring that experience to bear in implementing the new scheme.

The ECSS will be implemented by Afreximbank, initially in collaboration with EBE, which has the knowledge, information and expertise about Egyptian exporters to African markets, but can be extended to other Egyptian banks through the EBE.
The scheme also provides for support from the Export Credit Guarantee Company of Egypt, in which the EBE holds majority ownership, to partially cover and share transaction risk.

Other services expected to be offered under the scheme include assistance to Egyptian export promotion councils and business associations to undertake export promotion activities for Egyptian products and commodities in African countries; assistance to organizations and trade bodies undertaking exclusive nonrecurring innovative activities connected with export promotion efforts for their members; and provision of networking opportunities and twinning services through facilitation of contract awards by African governments to large Egyptian exporters and support of partnerships among “actors” in intra-African trade.

Provision of market information and advisory services to Egyptian exporters and support in the organization of intra-African trade fairs and exhibitions will also be offered.

Afreximbank and EBE signed this agreement on the margins of the Africa 2017 Forum taking place in Sharm El Sheikh, Egypt from 7th to 9th December.

The Africa 2017 Forum aims at providing a platform for heads of state and government as well as private sector and business leaders in Africa and the world in order to discuss a wide range of business and development issues in the continent and to engage with some of Africa’s most important economic partners and stakeholder.