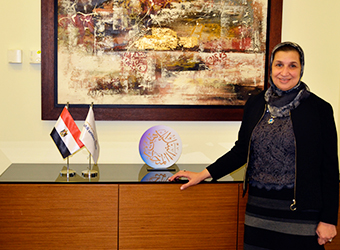 Other export councils and governmental entities in Egypt are also taking part in the launch of the initiative, which aims to create an attractive climate to enable Egyptian companies sign new export deals and to promote the local products in the international markets.

Through this initiative, the bank wants to strengthen Egypt’s competitive position and promote its exports methodologically, with the aim of supporting national economy accordingly, said AUB chief executive Nevine El-Messeery.

“The bank wants to be an effective building block of the Egyptian national economy.” El-Messeery added.