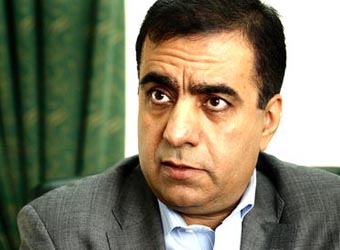 Air Arabia said it had taken delivery of its first A320 aircraft in 2012, bringing its total fleet to 30 aircraft.

Air Arabia has now received nine of the 44 A320 aircraft it has ordered from Airbus in 2007.

Air Arabia expects a total of six aircraft will be delivered in 2012.

Once completed in 2016, the delivery of the 44 A320 aircraft will more than double the size of Air Arabia’s existing fleet, bringing the airline’s total operating fleet to over 50 aircraft.

The carrier took delivery of its latest A320 at the Airbus facility in Toulouse, France, and the new aircraft has gone straight into service across Air Arabia’s global network of 70 destinations, which it serves from three hubs in UAE, Morocco and Egypt.

“We are pleased to receive our ninth aircraft on-time and as per the fleet plan schedule we have set back in 2007,” said Adel Ali, Group CEO of Air Arabia.

“In just eight years, Air Arabia has grown to become a leading regional airline with a fleet of 30 aircraft and a strong network of destinations. We look forward to the delivery of five more aircraft this year as we continue to unlock opportunities for the low-cost model in the MENA region and beyond.”

The carrier’s seat load factor — or passengers carried as a percentage of available seats — stood at impressive 82 percent for the full year 2011.

Global harvest of wheat declines as the yields diminish to average