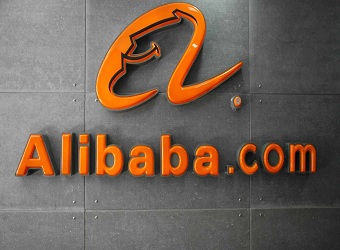 Alibaba Investment Ltd and Intime founder Shen Guojun have offered HK$10 ($1.29) per Intime share – 42.25 percent over the HK$7.03 price when trading stopped on Dec. 28 pending an announcement. The stock surged as much as 38 percent when trading resumed on Tuesday to its highest price since July 2015.

The offer comes as the government works on a broad internet sector strategy combining online and offline industries, encouraging technology-driven, high-value economic output to help arrest a slowdown in the world’s second-largest economy.

That slowdown is filtering through to transaction volumes on Alibaba’s online shopping platforms where sales growth has decelerated in recent quarters, prompting the e-commerce firm to expand into other areas such as online video and local services.

“(Alibaba) is looking for ways to better leverage the technology it has,” said Shanghai-based retail analyst Ben Cavender at China Market Research Group.

“It’s always looking for new models and new ways to drive growth, and it has obviously seen a slowdown in online sales… The advantage Alibaba has over a lot of brick-and mortar retailers is that it has probably better customer data than just about anybody else.”

Alibaba grew into China’s largest e-commerce retailer with its Taobao and Tmall platforms. In 2014 it invested $692.25 million into Intime and now owns 27.82 percent, with Shen holding 9.17 percent. The pair plan to buy the rest of Intime using internal cash resources and external debt financing.

Intime operates 29 department stores and 17 shopping malls in China, mainly in so-called first- and second-tier cities. Its profit fell 21.3 percent in the first-half of 2016, saying e-commerce had transformed the competitive landscape.

Those malls could allow Alibaba to give brands a physical presence or act as collection points for online shoppers, Cavender said. In turn, department stores could use Alibaba’s data on popular clothes or colors to choose brands or styles.

Intime in a statement said Alibaba and Shen planned to explore development opportunities and implement a series of long-term growth strategies, which could affect its short-term growth.

“We don’t divide the world into real or virtual economies, only the old and the new,” said Alibaba Group Chief Executive Officer Daniel Zhang in a separate statement. “Those who cling on to the old ways of retailing will be disrupted.”

Turkey’s parliament votes to press on with constitutional reform debate