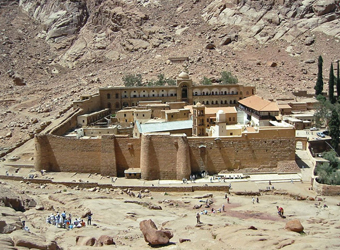 South Sinai’s Security Directorate has decided to expand security measures by requiring all travellers heading to the governorate to present proof of hotel bookings at security checkpoints, the body’s head Ahmed El-Tayyel confirmed on Tuesday to Ahram Online.

According to El-Tayyel, people travelling to South Sinai through the Ahmed Hamdy tunnel that connects the eastern and western banks of the Suez Canal will now also have to present confirmed hotel or camp bookings to be allowed entry into the governorate.

El-Tayyel explained that this procedure comes as part of the interior ministry’s plan to “strengthen security measures and is not related to any specific threat.”

Those who fail to provide proof of hotel confirmation at the Ahmed Hamdy tunnel will be declined entry to the governorate.

The directorate already requires workers in the governorate to carry an ID that shows a security clearance.

The decision has been enforced since the beginning of 2017, El-Tayyel said,  and was implemented to ensure the security apparatuses in the governorate had a clear knowledge of who was entering and leaving South Sinai.

The South Sinai coastline area past the Ahmed Hamdy tunnel has been seen a number of recent development projects to build tourist resorts.

Ras Sudr resort is one of the most popular tourist sites in South Sinai, a 60 kilometre drive after crossing the tunnel to Sinai.

The Egyptian army and police have been battling an entrenched Islamist insurgency for several years in North Sinai, mostly concentrated in the cities of Sheikh Zuwaid, Rafah and Al-Arish.