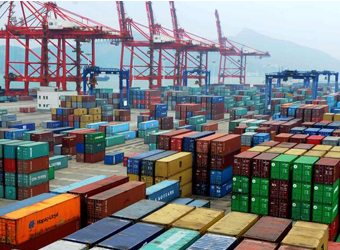 He emphasised on the keenness of Egypt’s government on enhancing economic and trade ties with Ireland.

The minister made these remarks during his meeting with Irish Parliament Speaker Ceann Comhairle in which they discussed means of enhancing joint political and economic ties within the upcoming period.

Comhairle arrived Egypt on Tuesday on a five-day visit, heading an Irish mission that encompasses a massive number of political parties’ leaders.

The Egyptian government took steady steps towards political and economic stability, Qabil added, clarifying that the government executed large national projects notably the New Administrative Capital City and the New Suez Canal in addition to establishing new ports and advanced to cope with the development of all production and service sectors.

Parliament speaker Comhairle noted that there are a number of opportunities to enhance joint economic ties in different sectors.

He pointed out to the possibility of establishing joint projects in pharmaceutical industries field since Ireland is that largest importer of pharmaceutical products to Egypt.

Moreover, Comhairle clarified that the Irish government could support Egypt in enhancing its exports as pursuant to Egypt’s approach to increase exports volume and lower imports volume.