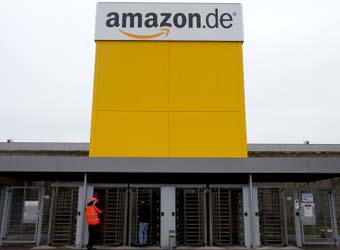 Beijing Sinnet Technology said Tuesday it would buy parts of Amazon’s cloud business in China for up to 2 billion Chinese yuan ($301 million), but the U.S. e-commerce giant said it was not exiting the world’s second-largest economy.

Sinnet said in a regulatory filing on Monday that the purchase, which is still pending, would help it “comply with China’s laws to further improve the company’s AWS cloud services” in terms of quality and security.

But Amazon said that it is only selling “certain physical assets” and still owns the intellectual property for AWS worldwide.

“No, AWS did not sell its business in China and remains fully committed to ensuring Chinese customers continue to receive AWS’s industry leading cloud services. Chinese law forbids non-Chinese companies from owning or operating certain technology for the provision of cloud services. As a result, in order to comply with Chinese law, AWS sold certain physical infrastructure assets to Sinnet, its longtime Chinese partner and AWS seller-of-record for its AWS China (Beijing) Region,” Amazon said in a statement to TechCrunch.

“AWS continues to own the intellectual property for AWS Services worldwide. ‎We’re excited about the significant business we have in China and its growth potential over the next number of years.”

The deal could be linked to increasing regulatory scrutiny from the Chinese government who is trying to tighten their grip on the internet in the country. Sinnet asked its customers earlier this year to stop using virtual private networks (VPNs), which are able to circumvent China’s Great Firewall.

Other U.S. firms have also faced a challenging situation in China. In July, Apple removed VPNs from its app store in China, amid the crackdown on such services by the government.

AWS has been a jewel in the crown for Amazon’s earnings in recent times and a big reason why the company’s shares are up over 50 percent year-to-date.