Amazon wants to invest in start-ups, but some are nervous about taking the money 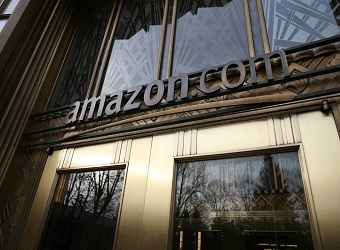 Amazon came under fire in May when its newly released Echo Show looked almost identical to an existing voice-controlled video device made by Nucleus, a startup Amazon invested in through its Alexa Fund.

Nucleus CEO Jonathan Frankel took to the press to show his frustration about getting copied by his own investor — a notion that Amazon shrugged off, saying the idea for the Echo Show came way before investing in Nucleus.

But in private, Amazon made a more concerted push to diffuse those concerns.

After the Nucleus incident, Alexa Fund representatives called a handful of its portfolio companies to say a clear “firewall” exists between the Alexa Fund and Amazon’s product development teams, CNBC has learned. The calls were meant to reinforce that the fund does not share information about portfolio companies with other parts of Amazon.

But it also was a reminder that the fund shouldn’t be blamed if Amazon happens to come up with a competing product.

“It sounded like they were disarming themselves from liability in a way, saying they would have no idea if Amazon was working or not working on something competitive,” said Carlos Herrera, CEO of PetNet, a startup backed by Alexa Fund.

Despite those efforts, Alexa Fund continues to sit in a tricky position. The fund, launched in 2015 with $100 million, works closely with other teams at Amazon, which could make it a double-edged sword for startups receiving money from it, according to more than a half dozen portfolio companies and investors we spoke with.

Like most corporate venture funds, Alexa Fund’s main goal is not to maximize returns, but to serve in the best interest of its parent company- in this case, investing in startups that help expand Alexa’s voice technology ecosystem.

But to do so, Alexa Fund encourages its portfolio companies to work with other teams at Amazon for engineering, product, and marketing support, and requires a lot of information sharing. At least three portfolio companies said the product teams were directly involved in the funding process and their approval was needed to get the investment.

“I can’t imagine there’s no information sharing. That was part of the due diligence process,” Herrera said.

In an email statement, Amazon told CNBC that the Alexa Fund has “measures” in place to ensure “appropriate treatment” of confidential information, and that Amazon independently designs and builds its own devices.

Alexa Fund is run by Paul Bernard, director of worldwide corporate development. Bernard works alongside a small group of partners for the fund, but the team has far-reaching connections within the company.

The fund has mostly invested in very early stage startups so far, with an estimated average size of investment in the range of $250,000 to $500,000.

But after investing mostly in very early stage startups in its first two years, Alexa Fund has recently started to make bigger bets.

The fund currently has $57.5 million left in the bank, according to Pitchbook.

Given Amazon’s massive reach in so many areas, it’s always a possibility that Amazon could come out with a competing product. But most of the startups backed by Alexa Fund said the benefit of taking on a well-known investor with infinite resources far outweighs the risk of getting copied.

Ring CEO Jamie Siminoff said Amazon has been a great partner since investing in his smart doorbell startup last year. He said he works “very closely” with Amazon, but as CEO, it’s his job to make sure he doesn’t share any proprietary information that could potentially hurt his business.

“To say Amazon will not compete with you is lunacy because they compete with everybody,” he said. “They’re like nuclear power. They are very, very powerful and you can get amazing, clean energy from them but there’s also the possibility of getting human radiation if you’re not careful.”

Christian Smith, president of TrackR, a location tracking startup that just closed a $50 million round last month with participation from Alexa Fund, argued Amazon has always been clear about the information “firewall.” Rather, he blamed the Nucleus team for failing to create a strong enough product that’s hard to replicate.

“I view that as a business development failure on the Nucleus team’s side,” Smith said. “We would welcome it if Amazon entered our space because the more players there are, the bigger the market is going to grow.”

Regarding Nucleus, Amazon told CNBC via email that the company had been working on Echo Show and Alexa calling and messaging for a long time, and that work “was already well underway before we had our first discussion with Nucleus and was not influenced by those discussions.”

Another issue is how other investors perceive the Alexa Fund.

“Your reputation is most of what you have when you invest,” said Rueckert, who has not invested in the same round as Alexa Fund before, adding: “If this becomes a pattern, then other investors won’t even entertain [Alexa Fund], and Amazon will no longer have a fund that’s reliable. It would be the death knell for that fund.”

One Nucleus investor, who declined to be named out of fear of retribution, said Amazon’s failure to disclose its plan for a competing product with other co-investors in Nucleus seriously harms its reputation. He said every investor and entrepreneur should think twice about the potential conflict of interest stemming from information sharing at Amazon.

“If I see another deal in front of me, and if I see Alexa Fund is in there, that to me would be a non-starter in terms of looking at the deal,” this investor said.

At Intel Capital, investors tried to be extra careful not to let trade secrets flow across the firewall into its parent company, Intel, in order to avoid a potential conflict, Rueckert said. If a portfolio company asked for help from Intel’s business side, meetings were held separately to ensure no confidential information inadvertently got passed around, he said.

But given the ever-growing reach of Amazon, it’s hard to completely rule out any kind of conflict, according to Arjun Sethi, a partner at Social Capital, who’s invested in TrackR. He said his experience working with Alexa Fund has been “very positive,” although he pointed out every investor and entrepreneur need to be cognizant of the risk of working with them.

“A company always has to ask the question: Am I willing to take the risk of taking that capital from Amazon? It’s incumbent upon investors and the companies to understand what that risk looks like,” he said.