Ancient Egyptian Kings of the Sun exhibition opened in Prague 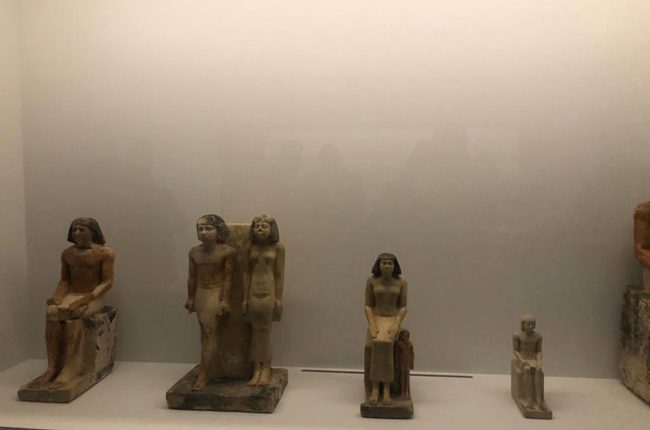 A few hours before the official opening of the Kings of the Sun exhibition in Prague, Egypt’s Minister of Tourism Khaled El-Enany embarked on an inspection tour at the exhibition followed by a press conference at the National Museum.

During the tour, El-Enany praised the design of the exhibition and the use of modern technology to explain details about each piece, which gives visitors comprehensive information about each object on display.

“I am very proud of all the effort exerted to organise this exceptional exhibition during the exceptional time the world is going through,” El-Enany told reporters at the press conference, adding that this exhibition proves that we are stronger than COVID-19 because we were able to make this exhibition to come true.

The preparations for the exhibition began about five years ago and that this is the first Egyptian archaeological exhibition sent to the Czech Republic, he added.

The pieces on display had never left Egypt before, and that they will be sent to the Grand Egyptian Museum in Giza after the exhibition concludes in February 2021.

The exhibition will attract a large number of visitors, not only from the Czech Republic, but from neighbouring countries as well, which will encourage them to visit Egypt to see its ancient civilisation as well as enjoy its beautiful beaches, bright sun and warm weather.

According to organisers, he said, the exhibition is expected to receive more than 300,000 visitors.

Merslav Barta, rector of Charles University, said that the exhibition is a look back in time to the era of the pyramid builders, and that the artefacts on display were discovered by a Czech archaeological mission in Egypt’s Abusir.

The exhibition is significant because it is the first Egyptian archaeological exhibition held in Prague, and that it is taking place amid the coronavirus pandemic. Barta described the exhibition as a dream come true.

The opening of the exhibition coincides with the celebration of the 60th anniversary of the start of Czech archaeological work in Egypt.

The exhibition is displaying 90 artefacts unearthed in excavations conducted by the Czech mission in Abusir.

Among the most valuable items on display is a basalt statue of King Raneferef, carved around the year 2460 BC, alongside other objects and statues from the Old Kingdom.