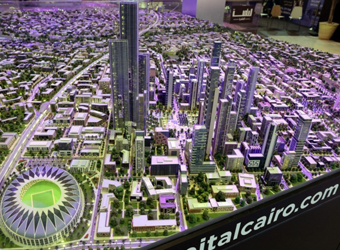 The utilities works are with at a total cost estimated at one billion Egyptian pounds ($56 million), Salah further told Amwal Al Ghad.

“The infrastructure works will include the implementation of drinking water, sewage, irrigation, and communication networks as well as electricity grids in addition to civil works,” he stated.

Salah referred that utilities works aim to execute number of mega residential and service flagships in the new capital.

Arab Contractors is currently preparing to start carrying out a bunch of other utilities mandates over 1,700 feddans in the new capital within the upcoming period, he said.

The company is also set to complete concrete works of El Fattah El Aleem Grand Mosque, one of the major giant facilities in the country, within a six-month timeframe, Salah said.