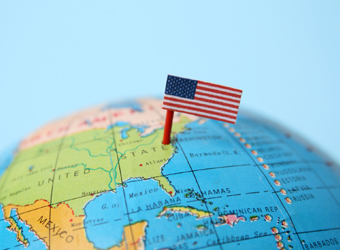 At least two people are dead and 24 injured after a gunman opened fire at a concert near the Mandalay Bay Casino in Las Vegas, officials said late on Sunday.

In a tweet, the Las Vegas Metropolitan Police Department (LVMPD) told people to avoid heading to the south end of the Strip and said it was investigating an active shooter. Police said Las Vegas Boulevard is shut down at Tropicana, southbound past Russell Road.

Shortly after, the LVMPD confirmed that one suspect “is down” and said that it does not believe there are any more shooters.

A local hospital told Reuters that two people had died and 24 had sustained injuries as a result of the shooting.

The Route 91 Harvest country music festival was taking place across the road from Mandalay Bay, which is near McCarran on the south side of the Strip. It was here that the gunman opened fire.

Jon Bessett, one of the attendees at the concert, described the scenes as “pandemonium.” He told NBC News that around 10 p.m. local time, he heard gunshots but the band continued playing. Further gunshots followed and the band ran off stage.

“Everyone was running, people were getting trampled,” Bessett said. He then ran out over to the Luxor hotel nearby but still had friends at the concert.

“We ran as quick as we could into hotel and tried to get on the elevator but couldn’t get in. Everyone was running for safety,” Bessett told NBC.

Mandalay Bay was on lockdown, according to one social media user.

Trump administration steps up pressure on North Korea, says choice of force or diplomacy ‘up to the