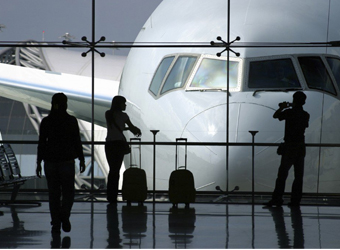 Egyptian airspace is closed to Qatari aircraft seeking to pass through or land, Egypt’s civil aviation authority reiterated on Tuesday, adding that non-Qatari and non-Egyptian aircraft heading to Doha are still able to pass through.

“Non-Qatari private aircraft and non-Qatari flights, if they want to cross Egyptian airspace, must submit a prior request to the central air traffic administration of the civil aviation authority by at least 24 hours,” the authority said in a statement.

Egypt has halted flights to and from Doha following its decision last week to cut diplomatic ties with Qatar, accusing the Gulf country of having links to terrorism and of interfering in the internal affairs of other countries in the region.

Saudi Arabia, Bahrain, the UAE, Yemen, and the eastern-based government of Libya have also severed ties with Qatar.

The statement added that “Egypt, at the same time, reserves the sovereign right under international law to take any precautionary measures to protect national security if necessary.”

Egypt’s national air carrier EgyptAir announced it would suspend its flights from Cairo to Doha and Doha to Cairo starting on Tuesday until further notice.

Saudi Arabia, the UAE, and Bahrain have also closed their airspace to Qatari flights and have suspended the flights to and from the small Gulf state following the decision.