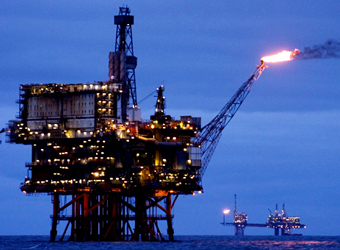 A meeting between the two men who run Russia and Saudi Arabia’s oil empires spoke volumes about the new ties between the energy superpowers.

It was the first time that Rosneft (ROSN.MM) boss Igor Sechin and Saudi Aramco chief Amin Nasser had held a formal, scheduled meeting – going beyond the numerous times they had simply encountered each other at oil events around the world.

Their conversation also broke new ground, according to two sources familiar with the talks in the Saudi city of Dhahran last week who said the CEOs discussed possible ways of cooperating in Asia, such as Indonesia and India, as well as in other markets.

The sources did not disclose further details, but any cooperation in Asia between Russia and Saudi Arabia – the world’s two biggest oil exporters – would be unprecedented.

State oil giant Aramco confirmed the meeting took place but declined to give details of the closed-door talks, which took place on the same day as OPEC kingpin Saudi Arabia and non-OPEC Russia led a global pact to extend a crude output cut to prop up prices. Kremlin oil major Rosneft declined to comment.

The meeting – which also saw Nasser give Sechin a tour of Aramco’s HQ, according to the sources – gives an insight into the newfound, unexpected and fast-deepening partnership between the two countries. It is one that will be closely watched by big oil consumers around the world which have long relied on the hot rivalry between their top suppliers to secure better deals.

Such a detente between Moscow and Riyadh would have been almost unthinkable in the past.Up until a year ago, the two sides had virtually no dialogue at all, even in the face of a spike in U.S. shale oil production that had led to a collapse in global prices from mid-2014. Sechin was strongly opposed to Russia cutting output in tandem with OPEC.

In a sign of their white-hot Asian rivalry, Rosneft outbid Aramco to buy India’s refiner Essar last year and boost its share in the world’s fastest growing fuel market.

Fast forward a matter of months, and Moscow and Riyadh have become the main protagonists of the pact to cut output – agreed in December and extended last week – and are even discussing possible cooperation in their core Asian markets.

“It is a new ‘axis of love’,” one senior Gulf official said of the relationship.

On Tuesday, Putin welcomed Saudi Deputy Crown Prince Mohammed bin Salman in the Kremlin and both men said they would deepen cooperation in oil and work on narrowing their differences over Syria, where Moscow and Riyadh are backing opposing sides in a civil war.

“The most important thing is that we are succeeding in building a solid foundation to stabilize oil markets and energy prices,” said Prince Mohammed.

Putin said the countries would work together to resolve a “difficult situation”.

Trump to unveil decision on global climate deal on Thursday

Egypt: next review for IMF loan programme to be in Nov. or Dec.