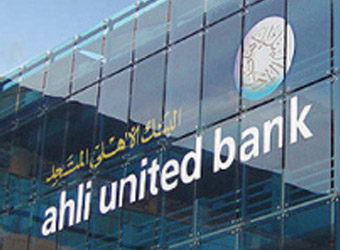 Ahli United Bank (AUB) AUBB.BH, Bahrain’s largest lender, is evaluating a sale or a merger with a rival bank in a potential $5 billion deal, several bankers familiar with the situation said.

A deal of this size would be the largest banking transaction in the region for the past 20 years, according to Thomson Reuters data, beating Emirates Bank’s $3.7 billion acquisition of National Bank of Dubai in 2007 and Qatar National Bank’s QNBK.QA $1.9 billion purchase of Societe Generale’s Egyptian business in 2012.

It could also mark a revival of significant M&A activity in the Gulf where mergers tend to be difficult because major shareholders – often governments or prominent families – can be reluctant to cede control unless they get a generous price.

AUB is one of only a few banks in the Gulf region with pan-Arab operations and as such offers scope for further growth in countries such as Egypt, where western banks are seeking to cut their exposure.

“A strategic review is underway in an effort to identify suitable investors,” said one of the sources who asked not to be named because the talks are private. “One way to do it is to combine AUB with another banking institution.”

AUB came close to a merger with a bank based in the Gulf Cooperation Council (GCC) area in 2010 but the financial crisis derailed the deal, said one banker who was involved in the talks but declined to name the bank.

Now AUB’s shareholders, which include funds owned by the governments of Kuwait and Bahrain, have resumed plans to cash out, bankers said. They also said any deal would be driven in particular by Kuwaiti shareholders’ willingness to monetize their investments.

AUB’s shares are up 14 percent since January and have risen by over a third in the past 12 months. The bank has a market value of $4.7 billion on the Bahrain Bourse and $3.5 billion on the Kuwait Stock Exchange.

Goldman Sachs (GS.N), which had a role in the plans for a merger between AUB and a GCC peer in 2010, is expected to be involved if any deal happens. Goldman Sachs declined to comment.

AUB had originally been put up for sale in 2007 and attracted interest from both regional and international banks due to its broad reach across the region, another banker who took part in the negotiations, said.

Outside its home market of Bahrain, AUB has a presence in Kuwait, Egypt, Libya, Oman and Britain.

At the time, price was the main sticking point, the banker said.

This time round, United Arab Emirates banks are the most likely suitors if there is a sale because they are more comfortable operating in a region where there is political instability, a factor that can deter international investors, three bankers said.

With new investors on board, AUB would have the financial muscle to do other deals in the region, the bankers said, pointing to local subsidiaries of European banks such as Italy’s Intesa Sanpaolo (ISP.MI) as potential targets.

Intesa acquired 80 percent of Bank of Alexandria (BALX.CA) in Egypt in 2006 and could consider selling it in return for cash and shares in a larger, more liquid Gulf bank, they said.

Bankers attending a recent Intesa presentation on its international growth plans said they expected the bank to put its Egyptian business under review while operations in Poland andTurkey were seen as core.

They said Intesa would be reluctant to sell Bank of Alexandria at a discount after paying $1.6 billion for 80 percent of the bank in 2006. This equates to about 5 times its book value, said one of the bankers, three times the sort of prices being paid for local banks in the aftermath of the financial crisis. Intesa cut its holding in Bank of Alexandria to 70.25 percent in 2009.

Exiting Egypt would be problematic given the limited appetite to invest in this part of the world, said one of the bankers. Instead, a combination with another GCC bank such as AUB would make strategic sense to widen its regional reach, the bankers said.

An Intesa Sanpaolo spokesperson said talk of a possible tie-up between Bank of Alexandria and AUB were just market rumors, and described them as groundless.

AUB has grown via acquisitions since it was created in May 2000 through the merger of United Bank of Kuwait and Al-Ahli Commercial Bank. It has been in Egypt since it took control of local lender Delta International Bank in 2006.

AUB looked at BNP Paribas’ (BNPP.PA) Egyptian operations when the French bank decided to exit the country in the wake of the Arab Spring in 2012, CEO El-Labban said in an interview with Reuters in October last year. Dubai’s Emirates NBD ENBD.DU eventually bought the business for $500 million, equivalent to 1.4 times book value.

But for deals to happen in the region it often needs governments to play an active role in bringing together local institutions. For instance, Emirates Bank International and National Bank of Dubai were merged by the Dubai government in 2007 into Emirates NBD with the aim of creating a regional heavyweight.

The Central Bank of Bahrain, meanwhile, has been encouraging consolidation between smaller banks in the island kingdom to help strengthen those hit by the fallout from the financial crisis and the bursting of a local real estate bubble.