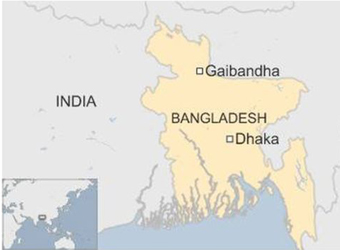 He later died in hospital and the identities of his assailants, who reportedly fled by motorbike, remain unknown.

Protests have been held in the local area following the killing.

Mr Islam was arrested in October 2015 for allegedly shooting a schoolboy but was later released on bail.

DR Congo: Kabila is yet to sign deal to end his rule