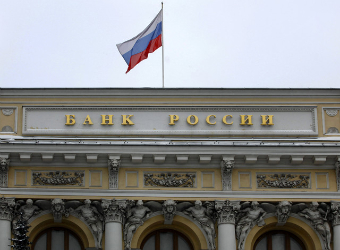 The Bank of Russia shifted the ruble’s trading band higher Monday in response to continuing selling pressure on the Russian currency as the central bank moves toward floating the currency by 2015.

The central bank said on its website that it moved the ruble’s floating trading band 5 kopecks higher to RUB33.30-RUB40.30 against the euro-dollar basket, which is the central bank’s main gauge of the currency market.

At the upper end, it sells dollars and euros to ease downside pressure on the ruble–the case in the past few months. The bank buys foreign currencies when the ruble strengthens toward the lower boundary of the band. Once an intervention allotment of $350 million is exhausted, it automatically shifts the corridor.

The central bank said Monday that it is eliminating daily sales totaling $60 million as it allows greater ruble flexibility in its move toward an inflation-targeting policy. It will, however, continue larger sales of dollars and euros if the ruble rises toward the edge of a trading band to smooth out excessive volatility.