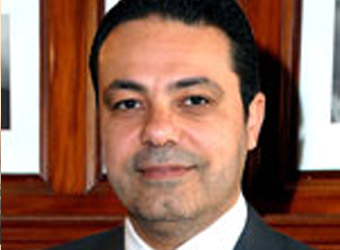 Despite some recent political deteriorations in Egypt-Turkey relations, Banque Misr is still determined towards its plans to expand in the Turkish market, the bank’s deputy chairman asserted to Amwal Al Ghad on Tuesday.

The economic ties between Egypt and Turkey have nothing to do with the current political situation and mutual polarized viewpoints following June 30 uprising and the ouster of president Mohamed Morsi on 3rd July, said Mr. Mohamed Abbas Fayed, Vice Chairman of National Bank of Egypt.

“In Egypt, there are 250 Turkish investors who continue their investments in the country despite the recent political developments.” He added

Mr. Fayed further noted that Banque Misr is going ahead with completing procedures of inaugurating its first representative office in Turkey as soon as possible, seeking to facilitate the trade movement between the two countries.

Banque Misr also has existence in a number of Arab and European countries through Banque Misr Liban, Banque Misr Europe-Frankfurt and Banque Misr Paris. The bank is currently finalizing the executive procedures of inaugurating a representative office in Turkey, after receiving approval from the Central Bank of Egypt, with the aim of facilitating trade movement between Egypt and Turkey.