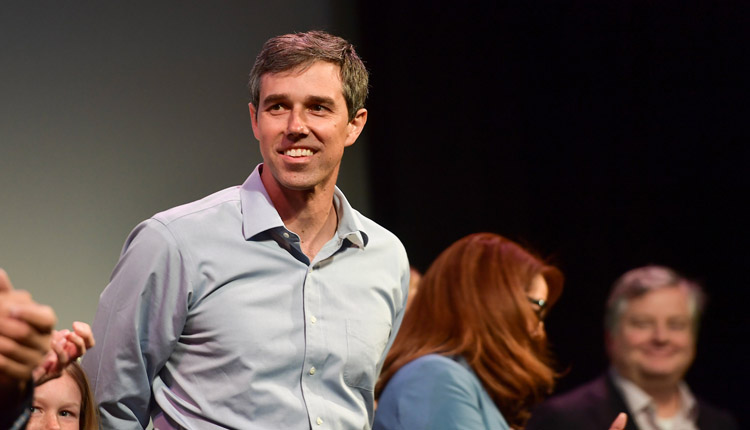 Texas Democrat Beto O’Rourke  officially announced that he is running for president in the 2020 elections, throwing his hat into an already crowded field on Thursday.

In announcing his run, O’Rourke called it “a defining moment of truth for this country and for every single one of us.”

“The only way for us to live up to the promise of America is to give it our all and to give it for all of us. We are truly now more than ever the last great hope of Earth,” O’Rourke said in a video released early Thursday announcing his candidacy. “At this moment of maximum peril and maximum potential, let’s show ourselves and those who will succeed us in this great country just who we are and what we can do.”

Thursday’s announcement ends months of speculation that began during the 2018 midterm campaign. O’Rourke is a rising star in the Democratic Party after coming within three percentage points of overtaking GOP Sen. Ted Cruz in the deep red state of Texas last November.

O’Rourke, 46, ran on several key Democratic priorities, including making improvements to the Affordable Care Act, ending military buildup at the southern border between Mexico and the United States, and requiring background checks for all gun sales.

The Texas Democrat also proved himself to be a fundraising powerhouse in his bid against Cruz.

Through the end of the general election, O’Rourke raised over $80 million primarily by appealing to small-dollar donors. In the third quarter, his campaign raised $38.1 million, overtaking former Democratic presidential nominee Hillary Clinton who brought in $30 million over the same time period.

O’Rourke became a viral sensation when he was filmed at a town hall in August supporting National Football League players taking a knee in protest of police brutality.

“So nonviolently, peacefully, while the eyes of this country are watching these games, they take a knee to bring our attention and our focus to this problem to ensure that we fix it,” he responded when asked about his stance on the public protests. “That is why they are doing it. And I can think of nothing more American than to peacefully stand up, or take a knee, for your rights, any time, anywhere, in any place.”

The moment sparked cheers from celebrities across the country, including of NBA superstar LeBron James and talk show host Ellen DeGeneres.

Those comments along with his nail biting battle versus Cruz sparked calls for O’Rourke to run for president in 2020.

In November, O’Rourke’s team received requests to visit the early primary state of New Hampshire by the Young Democrats of America, the official youth arm of the Democratic Party. According to NHYD’s website, its mission is to “help young Democrats seeking office, advocate for progressive issues, and train the next generation of progressive leaders.” O’Rourke was lauded during the campaign for galvanizing young voters.

Obama himself praised O’Rourke in an interview on “The Axe Files,” a podcast hosted by his former top political advisor, David Axelrod. “It felt as if he based his statements and his positions on what he believed,” Obama said of O’Rourke. “And that, you’d like to think, is normally how things work. Sadly it’s not.”