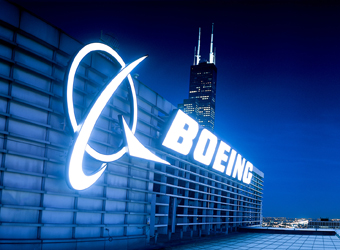 Boeing generated $7.7 billion of operating cash flow at the end of the third quarter, fueling expectations it would hit its target of about $10 billion for 2016. But the year-end figure surpassed analysts’ estimates of $10.4 billion, according to Thomson Reuters I/B/E/S.

Boeing’s higher cash target for 2017 suggested it can keep generating cash by reducing costs while it increases aircraft deliveries.

Boeing expects to deliver more planes in 2017 despite plans to cut output of its 777 model by 40 percent this year. Deliveries of its smaller 737 and 737 MAX models will make up the difference, producing a revenue decline in 2017.

Core earnings rose to $2.47 per share in the fourth quarter from $1.60 a year earlier. The increase came despite a $201 million aftertax charge for Boeing’s KC-46A aerial refueling tanker program for the U.S. Air Force.