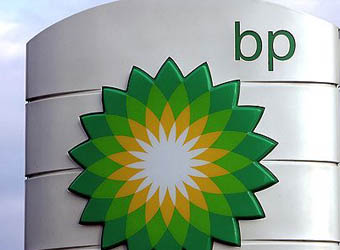 BP Egypt announced on Saturday a significant gas discovery in Salamat well which is the first well in the North Damietta Offshore Concession granted in February 2010 and operated by BP. “The wire longs, fluid samples and pressure data confirmed the presence of gas and condensate in 38m net of Oligocene sands in Salamat” BP said in a statement.

The deepwater exploration well which is the deepest well in Nile Delta, was drilled using the 6th generation semi-submersible rig “Maersk Discoverer” at water depth of 649 meters reaching a total depth of around 7000 meters.

BP stated that further appraisal will be required to “better define the field resources and to evaluate the options for developing the discovery” read the statement.

“Salamat discovery is a great outcome for our first well in this core exploration programme in the East Nile Delta. It shows our commitment to meeting Egypt’s energy needs by exploring the deep potential offshore the Nile Delta” said Hesham Mekawi, BP Egypt regional president in the press release.

Mekawi added that they are currently evaluating the standalone and tie-back to the nearby Temsah infrastructure development.

Meanwhile, the Executive vice president exploration at BP, Mike Daly said: “Success with Salamat proves hydrocarbons in the centre of a 50-km long structure. With a hydrocarbon column in excess of 180 metres, the discovery increases our confidence in the materiality of the deep Oligocene play in the East Nile Delta.” according to the press release.

Salamat discovery is located around 75 kilometres north of Damietta city and only 35 kilometres to the North West of Temsah offshore facilities.

BP, which has 100% equity in the discovery, has been working in Egypt in oil and gas explorations and production for 50 years with investments exceeding $20bn, making it one of the largest foreign investors in the country. It has produced 40% of Egypt’s entire oil production in collaboration with Gulf Suez Petroleum Company and BP’s joint venture company (JV) company with the Egyptian General Petroleum Company, and currently produces almost 15% of Egypt’s annual oil production.

BP is working to meet Egypt’s domestic market growth by exploring in the Nile Delta and investing to add production from existing discoveries. It is also present in the downstream sector through Natural Gas Vehicles Company (NGVC, BP 40%) which was established in September 1995 as the first company in Africa and the Middle East to commercialize natural gas as an alternative fuel for vehicles.