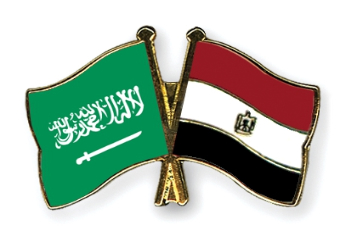 The technical committee of the Saudi-Egyptian electricity tie-up will be convening its meeting in Cairo on days of Sept. 18th and 19th, said the undersecretary of the Egyptian ministry of electricity.

Ahmed Mahina, Undersecretary of the Egyptian Ministry of Electricity, stated that technical committee will discuss two key topics; the final specifications of the electricity-sharing project and the terms of references as regard to selecting the project consultant.

The project will cost around $ 2.1 billion and is aimed at exchanging electricity up to 3,000MW at peak hours between the two countries, Mr. Mahina added.

He also revealed that electricity tie-up project will provide for the two countries around US$5 billion, pointing out that the cost of 1 MW is amounted to US$1 million. The project will offer 3000 MW at a cost of US$3 million for the infrastructure and stations, in addition to the cost of networks and lines at value of around US$3.5 billion.

The top official asserted that the inter-connection project with Saudi Arabia is the one of the finest in terms of its technical and economic feasibility, due to the different timing of the peak hours in the two countries.

The length of the line will be 1,375 km, of which 450 km will pass through Egyptian territory. Part of the transmission line (some 20 km) will be laid under the Gulf of Aqaba.

Moreover,  Mr. Mahina noted that the Egyptian-Saudi electricity tie-up project  is as the biggest of its kind in the Arab world, compared to other electricity connections with other countries such as with Libya in which the line is estimated at 160 MW.

The studies on the electricity tie-up project between Egypt and Saudi Arabia have begun in 2009. The project is one of the most important strategic projects in the Arab world for its positive implications and its significant yield for both countries and the Arab region as a whole.