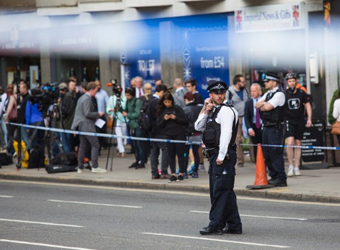 British police hunting those behind a bomb which injured 29 people on a London train on Friday said they had arrested an 18-year-old man in a move described as significant.

“We have made a significant arrest in our investigation this morning,” Neil Basu, Senior National Co-ordinator for Counter Terrorism Policing, said in a statement, adding: “Although we are pleased with the progress made, this investigation continues and the threat level remains at critical.”

The man was arrested under the Terrorism Act in the southern port area of Dover.

National Bank of Egypt to open its first branch in…