Capital Intelligence Lowers Bank of Alexandria’s FCR to B- 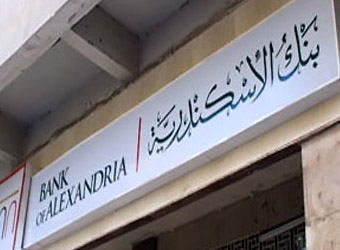 Capital Intelligence (CI), the international credit rating agency, had lowered Bank of Alexandria (BoA)’s Long-Term Foreign Currency Rating (FCR) to ‘B-‘ from ‘B’, and affirmed the Short-Term FCR of ‘B’, on ‘Negative’ Outlook.

In a release issued on September 10th, CI said the rating action follows the downgrade of Egypt’s Sovereign Long-Term FCR to ‘B-‘ from ‘B’, also on ‘Negative’ Outlook. The Bank’s FCR, which are set at the same level as CI’s sovereign ratings for Egypt, denote significant credit risk – as BoA’s capacity for timely fulfillment of financial obligations is very vulnerable to adverse changes in the operating environment and economy. The Support Level of ‘3’ is maintained, indicating a high likelihood of official and shareholder support (through the parent Intesa Sanpaolo Group) in case of need.

Notwithstanding the heightened sovereign risks related to a balance of payments and/or currency crisis, and the ongoing economic and political pressures which weigh negatively on the Bank’s operations and risk profile, the Financial Strength Rating (FSR) is affirmed at ‘BB’. The FSR is supported by BoA’s sound capital base, strong liquidity, and the rebound in profitability at both operating and net levels. Factors constraining the FSR are the weak economic conditions which continue to pressure asset quality; a high level of restructured loans, significant government bond exposure and some borrower concentration. Accordingly, the ‘Negative’ Outlook for BoA’s FSR is maintained, as is the case with other Egyptian banks.

In the face of increasingly difficult economic and operating conditions, BoA continues to effectively monitor risk exposures and to follow a cautious lending policy. It is noteworthy that the Bank is addressing these growing challenges from a position of relative strength. In the seven years since its privatisation, and under the management of its majority shareholder Intesa San Paolo, BoA has strengthened its risk management and successfully adopted a “core business” strategy. This has endowed the Bank with a balanced business mix and a strong footing in the retail market, while it also maintains a good market share of corporate business.

The local market is characterised by a shortage of foreign currency funds, reflecting the significant depletion of the country’s international reserves. Like other Egyptian banks, BoA has good liquidity – in large part due to the relatively low share of loans in total assets, together with the significant investment in treasury bills. However, there are clear systemic risks to liquidity with respect to foreign currency. In the event of an adverse sovereign and political event, net official foreign currency reserves will be depleted further, at the same time that the conversion of deposits from local currency into foreign currency, as well as cash withdrawals, may be expected to rise.

The Bank’s already strong capital adequacy continued to improve in the year under review. The sustained low dividend payout ratio combined with the rebound in net profit has lifted the rate of internal capital generation to a strong level. BoA’s capital base provides an improved buffer against potential financial setbacks.

Although non-performing loans (NPLs) declined in 2012 due to write-offs, credit stress is rising as indicated by the growing level of less than 90-days past due loans. Loan-loss reserves continued to provide more than full coverage for NPLs. Tougher prevailing operating conditions are likely to push up NPLs further in the near term. In this regard, BoA’s robust operating profitability provides strong risk absorption capacity and is an important risk mitigant in the current environment. BoA’s income generation level is among the best in the Egyptian banking sector, reflecting multiple sources of income as well as the large share of high margin retail loans in the credit portfolio.

BoA operates in both the retail and corporate segments of the local market, in competition with rival banks such as Commercial International Bank and National Societe Generale Bank. Since acquisition by Intesa Sanpaolo Group in 2006 of a majority stake in BoA, the Bank has concentrated on “core” commercial banking business. The focus of BoA’s strategy has been to expand its retail presence and this has led to an increased share of high margin retail lending in the portfolio. Retail deposits contributed more than three-fourths of total customer deposits. As at year-end 2012, the Bank’s total assets amounted to EGP41.1 billion (USD6.4 billion) and total capital was EGP4.3 billion (USD675mn).

Is A Violent Insurgency Taking Root In Egypt?