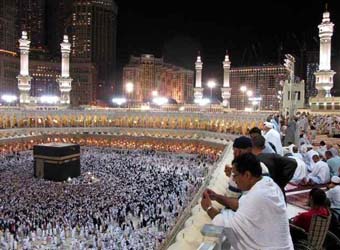 Central Bank of Egypt (CBE) has set the limit of portable funds per capita during the performance of the Hajj rites in Saudi Arabia to $10,000 or equivalent in other foreign currencies, according to an official in the Egyptian Travel Agencies Association.

He said that the amount set by the CBE is the maximum, and travellers cannot possess more than that during their visit to Saudi Arabia.

According to the official, the decision was made in coordination between the CBE and the Ministry of Tourism in the context of easing the pressure on the pound and keeping the foreign currency in local banks.

Foreign exchange reserves rose at the end of July to $36 billion, thanks to the governmental economic reforms initiated in November 2016.

The official said that the cooperation between the banking system entities was very successful in providing hard cash for pilgrims during the current period, adding that the amount stipulated by the CBE is enough to cover the costs during the Hajj period.

He pointed out that the Egyptian Travel Agencies Association alerted its members to the need of alerting the pilgrims to the decision of the CBE to avoid violations.

The number of Egyptian pilgrims in Saudi territories is 79,000 per year. The Ministry of Tourism regulates the rituals to 35,000 of them.

The Egyptian government has set up a series of import controls in recent times to ease the pressure on the pound, which was liberalised at the beginning of last November.

Tourism is an important resource for Egypt’s hard currency and has fallen over the past year to 4.5 million tourists, down by 40 percent from 2015.

As Syria war tightens, US and Russia military hotlines humming