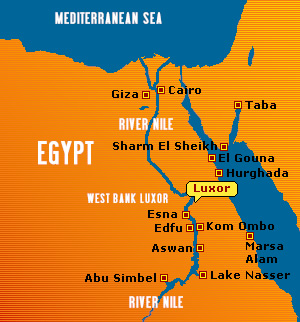 Luxor Governor Mohamed Badr held a meeting with a Chinese delegation to discuss the establishment of a fodder factory at Luxor’s industrial zone.

The project was presented in the meeting by FAMSON officials, who reviewed their expertise in providing comprehensive solutions, including plans, services and equipment for agriculture and a range of industries.

Badr also presented opportunities for tourism, agriculture and investment in renewable energy available in Luxor; he also referred to the opera house project, which will be implemented by the Chinese side.

In 2017, a Chinese delegation discussed potential plans for establishing an opera house in Luxor to cater for cultural events in the governorate.

The two sides discussed means of boosting joint cooperation in the economic, cultural and touristic domains

Luxor and Yangshuo signed a friendship agreement in 2017, based on the joint cooperation agreement signed in 2015. The two sides agreed, through friendly consultations, on bilateral cooperation in various fields.

Yangshuo is one of China’s touristic cities, famous for its natural beauty and cultural heritage. Yangshuo accounts for 20 percent of China’s total national income.