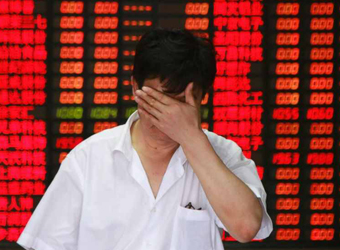 Greater China markets were mixed. Hong Kong’s Hang Seng Index gave up early gains to trade lower by 0.15 percent. Gains in consumer goods, seen as a defensive sector, were offset by losses in technology stocks, with heavyweight Tencent off by 0.68 percent.

Over in Australia, the S&P/ASX 200 eased 0.08 percent. The heavily weighted financials sector shed 0.31 percent as all of Australia “Big Four” banks traded lower.

MSCI’s broad index of stocks in Asia Pacific excluding Japan was off by 0.08 percent at 12:04 p.m. HK/SIN. That came after U.S. stocks rose in the last session on gains in technology stocks, which had fallen sharply on Monday.

The tepid moves on Wednesday came as trade tensions, which have recently been in the spotlight, continued to simmer: The U.S. Trade Representative’s office published its proposed list of around 1,300 Chinese imports that could be hit with tariffs.

In response, China said via an embassy statement it opposed the additional tariffs proposed and that “it is only polite to reciprocate,” Reuters reported. China’s ambassador to the U.S. also told CNBC on Wednesday that his country would “fight back” against the latest measures.

“This trade tension story is the biggest uncertainty for China from the external perspective and the story is developing every day,” Haibin Zhu, chief China economist at J.P. Morgan, told CNBC’s “Squawk Box.”

“Trade war, or the tariffs, are never a zero sum game. It’s actually a lose-lose situation. China will probably lose more, but the U.S. will also suffer,” he added.

Markets have been on edge about U.S. tariffs triggering retaliatory actions from U.S. trading partners and potentially causing a trade war that would dent global growth.

The dollar held above 106 yen, although the greenback was slightly softer compared to levels around the 106.6 handle seen in the last session. The dollar traded at 106.50 yen by 11:56 a.m. HK/SIN.

The dollar index, which tracks the greenback against six currencies, stood at 90.082.

In corporate news, Elliott Advisors, an arm of activist hedge fund Elliott Management, said it had a stake worth more than $1 billion in three affiliates of Hyundai Motor Group. Reuters reported that Elliott was pushing for corporate governance improvement.