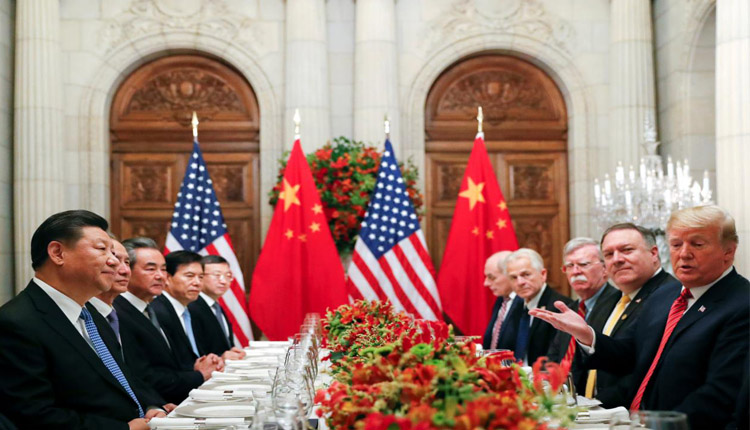 The summit between President Xi Jinping and his U.S. counterpart Donald Trump in Argentina was “friendly and candid” and would help to avoid further trade tensions, a senior Chinese diplomat said on Thursday, but offered no new details on the talks.

The two leaders held high stakes discussions on the sidelines of the G20 meeting in Buenos Aires last week and agreed to a ceasefire in their trade war.

State Councillor Wang Yi, the Chinese government’s top diplomat, said the talks about trade frictions had been extremely positive and constructive, helping reach a consensus that worked for both China and the United States.

Xi and Trump had “deep exchanges in a friendly and candid atmosphere”, setting the direction for an appropriate resolution to the problems between the two countries, Wang said, in a statement carried on the foreign ministry’s website.

“The two sides agreed to jointly promote Sino-U.S. relations based on coordination, cooperation and stability, and promote exchanges and cooperation in various fields in the two countries to achieve even more results,” he added.

“The discussions on economic and trade issues between the two sides were very positive and constructive, and reached a principled consensus.”

That consensus included preventing trade frictions from spreading, returning to dialogue to resolve issues, and a joint goal of cooperation to benefit the global economy, Wang said.

“All of these help to safeguard China’s legitimate interests, and are also in the interests of the United States, and even more are in line with the expectations of the international community,” he added.

The two countries have hit each other with tit-for-tariffs on goods worth hundreds of billions of dollars in sectors from automobiles to agriculture and energy, stymieing trade and redrawing global supply chains.

The United States has levied additional duties of between 10 percent and 25 percent on $250 billion of Chinese goods this year as punishment for what it calls China’s unfair trade practices. China has responded with its own tariffs.

But as part of the truce agreed to by Xi and Trump, the United States will not raise tariffs further on Jan. 1, so further talks can take place.

Wang said the facts will prove that the common interests between China and the United States are greater than our differences, and cooperation needs to be greater than friction.

However he offered no new details on what China had agreed to with the United States.

China expressed confidence on Wednesday that it can reach a trade deal with the United States, a sentiment echoed by Trump a day after he warned of more tariffs if the two sides could not resolve their differences.

China’s Commerce Ministry is due to hold its weekly news briefing later on Thursday, where it could offer more details on China’s understanding of what had been agreed to.

OPEC waiting for Russia before deciding level of oil cut