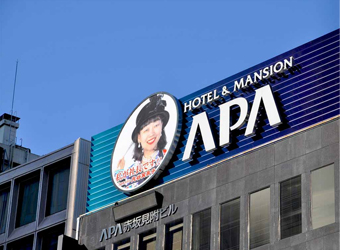 China’s tourism administration has urged tour operators to sever ties with a Japanese hotel chain after an escalating row over the hotelier’s denial of the 1937 massacre by Japanese troops in the Chinese city of Nanjing.

A furor erupted this month over books by Toshio Motoya, president of Tokyo-based hotel and real estate developer APA Group, that air his revisionist views and are placed in every room of the firm’s more than 400 hotels.

Motoya, using the pen name Seiji Fuji, wrote that stories of the Nanjing massacre were “impossible”: “These acts were all said to be committed by the Japanese army, but this is not true.”

“We demand that all operators with international tours and online platforms completely stop all cooperation with this hotel,” Zhang said in a statement on the body’s website.

“We call on Chinese groups and the many tourists that visit Japan to resist APA’s wrong approach and avoid spending money at this hotel.”

APA did not immediately respond to requests for comment.

Official support for a boycott of the Japanese chain escalates calls that had circulated online and in some of China’s state-run media.

The official Xinhua news agency added its voice on Tuesday, calling the incident “only the tip of the iceberg of Japan’s ultra-right wing’s efforts to revise the nation’s war history.”

Japan’s wartime occupation of Nanjing, and the resulting massacre is a highly contentious issue between the uneasy neighbors.

China says Japanese troops killed 300,000 people in the city. A post-war Allied tribunal put the death toll at about half that. To the fury of China, some conservative Japanese politicians and academics deny the massacre took place, or they put the death toll much lower.

Japan’s Deputy Chief Cabinet Secretary Koichi Hagiuda downplayed the incident on Tuesday, saying China and Japan should work together on common issues facing the international community, rather than focusing too much on the “unhappy past”.

Japan attracted about 6.3 million tourists from China last year, the largest such bloc of visitors, up nearly 28 percent from 2015. Their spending helped buoy the sluggish economy, in areas from hotels to cosmetics.

APA President Motoya previously told Reuters Chinese tourists only made up 5 percent of the chain’s customers in Japan and that he did not expect the row to affect the hotel.

US-Egypt Business Council heads to US in April