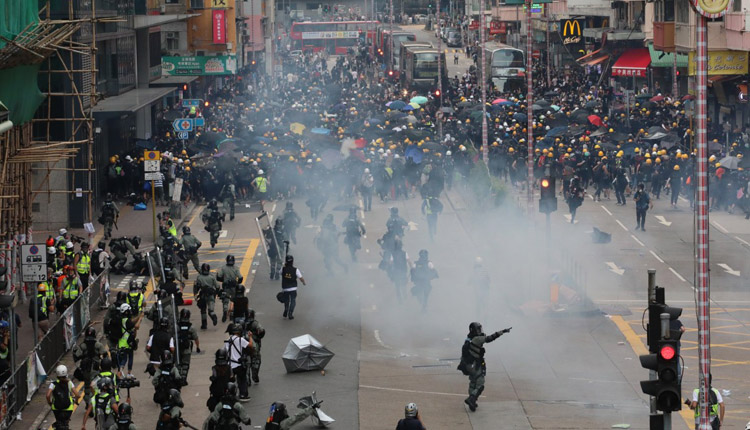 Chinese paramilitary forces conducted exercises across the border from Hong Kong on Thursday, raising fears that Beijing may be preparing to act against mass demonstrations in the Asian financial hub it has described as “near terrorism”.

Hundreds of members of the People’s Armed Police could be seen at a Shenzhen sports stadium where parking lots were filled by more than 100 dark-painted paramilitary vehicles, prompting U.S. concerns they could be used to break up protests across the border in Hong Kong.

China reiterated on Wednesday that Hong Kong’s protests were “near terrorism” as more street clashes followed ugly and chaotic scenes at the airport two days ago, when protesters set upon two men they suspected of being government sympathizers.

Seventeen people were arrested on Wednesday, bringing the total number detained since June to 748, police told a news conference, adding that police stations have been surrounded and attacked 76 times during the crisis.