Citadel Capital Investments Under Control 8% Up in Q1/2012 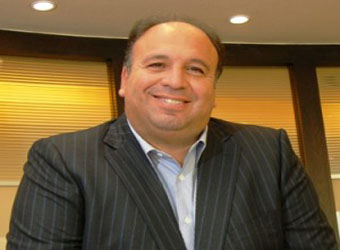 Citadel Capital (CCAP.CA), the leading private equity firm in the Middle East and Africa, announced Sunday its financial results for the first quarter of 2012, reporting an 8.0% year-on-year rise in total investments under control to more than US$ 9.5 billion (EGP 57.3 billion) and a 4.9% rise in assets under management (AUM) to US$ 4.4 billion (EGP 26.5 billion).

The firm’s principal investments in its own transactions rose 12.9% quarter-on-quarter and 16.0% year-on-year to US$ 1.1 billion (EGP 6.1 billion) as it deployed in 1Q12 a total of US$ 81.25 million from the first draw-down on a US$ 150 million Citadel Capital-level facility backed by the United States Overseas Investment Corporation (OPIC) to accelerate the growth of select platform and portfolio companies.

Also in the first quarter, the firm made substantial progress toward financial close on the Egyptian Refining Company (ERC), which is building a US$ 3.7 billion greenfield petroleum refinery in the Greater Cairo Area.

The project achieved financial close in the second quarter with total equity investments of US$ 1.1 billion and a US$ 2.6 billion debt package. Participants in the equity component include leading investors from Egypt, the Gulf Cooperation Council (GCC) and international Development Finance Institutions (DFIs).

“The first quarter of 2012 is an inflection point marking the start of the next stage of Citadel Capital’s development,” said Citadel Capital Chairman and Founder Ahmed Heikal.
“We are now deploying the liquidity added to our balance sheet in FY11 to accelerate development of select platform and portfolio companies as we continue the groundwork for the divestment of minor and non-core holdings. This program — alongside continued cost cutting at the Citadel Capital level — will free management bandwidth and cash flows to focus on core investments.”

The firm reported a net loss on the back of net interest expenses, inflated by net one-time upfront fees of US$ 9.0 million (EGP 54.3 million) related to the refinancing of Citadel Capital’s pre-existing US$ 175 million credit facility and the arrangement of new OPIC-backed debt. The upfront fees related to the OPIC loan represent 100% of the fees pertaining to the loan for the entire useful life of the facility. The terms and tenor of the new facilities are better suited to the planned duration of Citadel Capital’s investments.

Setting aside the one-time upfront fees, Citadel Capital would have reported a standalone net profit of EGP 23.8 million in 1Q12.

“This level of OPEX spending is the ‘new normal’ at Citadel Capital as we target a substantial year-on-year reduction in operating expenditures in 2012,” Heikal noted, explaining that the firm has substantially cut expenditures on compensation and consultancy fees while recording no expenditures in the quarter just ended on non-recurring OPEX.

On a consolidated basis, Citadel Capital reports a net loss of US$ 26.4 million (EGP 159.3 million) on revenues of negative US$ 9.2 million (EGP 55.5 million). This represents 55.0% narrowing of the consolidated net loss quarter-on-quarter. Net losses expanded 43.1% year-on-year, but setting aside the net effect of one-time fees related to Citadel Capital’s refinanced debt and the OPIC-backed facility, the firm would have recorded a 9% narrowing of its consolidated loss in the same period. Quarter-on-quarter, the net loss would have contracted 71%.

Notably, companies held as Associates contributed losses of EGP 67.6 million to the firm’s top line, a reduction of 29.0% from 4Q11. Setting aside the contribution of ASEC Holding, whose construction businesses remain challenged and whose cement plants underwent shutdowns for repairs and maintenance in the quarter, the firm’s Associates showed broad-based improvements in financial and operational performance in the quarter just ended.

Excluding the results of ASEC Cement from 1Q12 and the comparative period, the firm’s Share of Associates’ Results would have stood at negative US$ 0.5 million (EGP 3.1 million) in 1Q12, a narrowing of 88.3% from the last quarter of 2011.

Additionally, 1Q12 marks the first time that a platform company has been fully consolidated into Citadel Capital’s results, with the consolidation of Wafra, the firm’s platform for agriculture investments in Sudan and South Sudan. Citadel Capital has increased its stake in Wafra to 100% as part of the firm’s program to focus on core platform investments while divesting smaller, non-core assets. Management sees strong growth potential in Wafra based on early harvest results and the pace of development in both Sudan and South Sudan.

Foreigners Breaking Ramadan Rules In Saudi To Be Expelled