Controversial Constitution Articles to Be Settled by 75% Vote 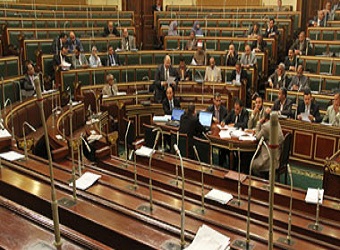 The 50-member constitution committee agreed on Monday that controversial articles will be settled by a 75 percent vote if their initial referral to a specialised ‘consensus committee’ fails to garner the agreement of all members, reported the Ahram Arabic website.

The committee first assembled on Sunday at the downtown headquarters of Egypt’s Shura Council (upper house of parliament). Pursuant to a presidential decree, issued by Egypt’s interim President Adly Mansour on 8 July, the charter is due to be approved within “60 days” of the committee’s first session.

The diverse 50-strong committee is planning to revise proposed amendments, which were drafted by an initial 10-member legal panel, reducing the charter by 38 articles to 198 and amending several others.