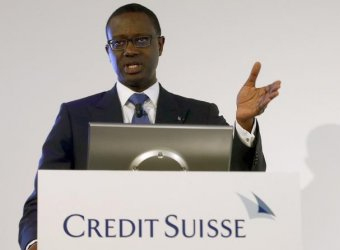 Credit Suisse reported on Friday a strong surge in net income for its second quarter, adding that assets under management had recorded new highs for the bank.

Here are the key second-quarter metrics:

Assets under management hit a record high in the second quarter, led by gains in the wealth management division, as the Swiss bank enters into the second phase of its three-year restructuring program. The stock was up 1.8 percent in opening deals Friday.

The wealth management arm saw net new assets of $23.4 billion, a 12 percent increase on the previous year and the bank’s strongest asset inflows in six years. Overall assets under management were up 8 percent on the year at $737 billion.

The surge comes as a boon to the bank’s chief executive, Tidjane Thiam, who was tasked with overhauling the bank and reducing its exposure to market movements. He said the strategy is now starting to pay off.

“The challenge we had when we started was that the latter was just too big, it was 60 percent of the bank, so we were extremely volatile. What you’ve seen with these results is that the strategy that we’re driving of growing the wealth management (division) is starting to pay off.”

The bank warned in its outlook that while its wealth management is sheltered from the current economic environment of low volatility and geopolitical concerns, its other divisions could continue to feel these effects going forward.

“All the activities that are very dependent on volatility are suffering,” Thiam noted.

Thiam said that the bank is currently in the “stabilization and consolidation” stage of its restructuring program – the second of three phases.

“I think the next 18 months will be better, but the key thing is to keep our eyes on the ball and never declare victory,” he said.

Credit Suisse’s results come amid a string of earnings reports from the European banking sector Friday.

“For us continental European banks still look attractive. They’re more undervalued than the U.S. banks. They’ve got less political and economic worries now compared to the U.K. banks … It seems to us a good time to be exposed to European banks.”

However, he stated a preference for being in the retail side “for the time being.”