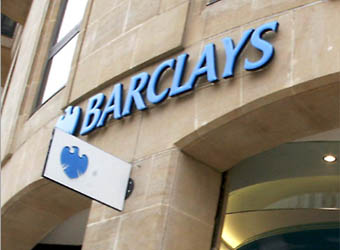 U.K. lender Barclays posted a net loss of £1.21 billion ($1.58 billion) for the first half of 2017, hit by the drop in sterling, a charge from the mis-selling of payment protection insurance and a loss from the sale of its Africa unit.

Here are the key metrics:

Barclays sold 33 percent of its Africa unit with a loss of £1.4 billion, and a further £1.1 billion loss over the charge of that sale, it said in the earnings report. Shares edged slightly higher as markets opened on Friday morning.

“We feel good about how the bank is positioned, our strategy of being a transatlantic, consumer, corporate and investment bank is now free of all the legacy issues,” Jes Staley, chief executive of Barclays, told CNBC on Friday.

Last month, the bank slashed its stake in Barclays Africa Group to 15 percent. The lender had spent almost a century as a major presence in the continent before switching its focus back to the U.K. and the United States.

The sale of Barclays’ Africa unit supported the bank’s core capital ratio – a measure of a bank’s capital strength – to 13.1 percent. Barclays predicted this would rise to 13.4 percent once the full impact of the sale was included.

“We are now a clean bank, restructuring is over,” he added.

Staley also explained the bank had set aside an additional £700 million in order to meet compensation claims for mis-selling payment protection insurance (PPI) in the U.K.

“The sale of Barclays Africa and more PPI costs are the main culprits for the bank’s woes so far in 2017. More litigation problems are waiting in the wings, with the bank in trouble with the FCA (the U.K. regulator the Financial Conduct Authority), the SFO and the U.S. Department of Justice, a formidable triumvirate of adversaries,” Laith Khalaf, senior analyst at Hargreaves Landsown, said in an email.

Since taking over in 2015, Staley has sought to scale back the bank’s geographical presence and prioritized investment banking. However, his efforts appear to have been hampered by investigations from both sides of the Atlantic.

The former JPMorgan banker faced investor criticism in April after he had attempted to unmask the identity of a whistleblower. Staley later apologized and admitted he had “made a mistake”.

The Barclays CEO refused to comment on the matter on Friday. However, he did say that the ongoing criminal trial of Barclays and four former executives was having “no impact at all” on the global business.

Barclays, former Chief Executive John Varley and other senior executives Roger Jenkins, Tom Kalaris and Richard Boath are accused of failing to disclose payments made to Qatari investors in 2008. The outcome of the trial is not expected to be known until mid-2019.

“The market will be hoping for a bit more positive news in the remainder of the year, though conduct issues may well overshadow the bank’s performance,” Khalaf concluded.

Swiss franc on track for six-year low and the devaluation has further to run: analysts