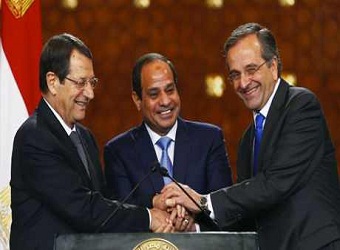 Cyprus President Nicos Anastasiades will make a visit to Egypt at the end of this month, Cypriot ambassador to Egypt announced Tuesday.

The initiative will be held in Alexandria and Sharm el Sheikh on April 30 through May 6 for the Egyptian, Greek, and Cypriot communities, Moritzis added.

Cypriot Energy Minister Giorgos Lakkotrypis will also make a visit to Cairo in early May to hold talks with Egyptian officials over bilateral cooperation between the two countries in the energy sector, the ambassador added.